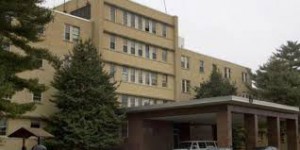 Patient assaults on health-care staff are a serious and worldwide occupational hazard.

Patient assaults on health-care staff are a serious and worldwide occupational hazard for caregivers, all disciplines.

Assaults may be physical, sexual, nonverbal intimidation, comments that are racially derogatory, and/or that cause property damage.

All health-care staff are at risk but the risk is greatest for nursing personnel, as they have the most patient contact.

In an earlier blog, I reviewed the literature on assaults on staff for the previous decade, 2000-2012, and included a methodological review. This blog examines the published literature for the next five-year period, 2013-2017, and also includes a methodological update.

Previous international reviews of the literature [1-2] have documented these assaults on staff to occur worldwide in emergency rooms, in inpatient and outpatient settings, and in various community programs. In each setting, nursing has been at greater risk.

An international review for the years 2000-2012 [1] documented 17,220 assaults on 17,043 staff victims. There were 7,284 male and 9,485 female staff victims with nursing personnel again being at greater risk. In 2013, one study [3] reported the presence of posttraumatic stress disorder (PTSD) in 9-to-10 percent of assaulted staff victims. Additionally, during this time period several initiatives, including new medications, enhanced psychosocial rehabilitation, and new-restraint procedures were fielded in different institutions to reduce this risk of assault.

As noted above, the purpose of this review is to examine the published studies on staff victims for the next five-year period, 2013-2017. To be included, studies had to present raw-assault data, be peer-reviewed, and be published in English. Child-and-adolescent studies as well as special-population studies were excluded.

The literature search yielded 20 papers that met the criteria (see [2] for a list of the studies included). The review documented 45,818 assaults worldwide. There were 41,011 physical assaults and 4,807 other types of assaults. In those studies reporting victim-gender data, there were 1,322 male and 3,447 female staff victims. Their average age was 38 years. Statistically significant correlations were obtained between physical assaults and both male as well as female gender. The most frequently requested additional resources by staff were for enhanced training in dealing with patient aggression (16 requests) and post-incident counseling (3 requests). In this review, no study referenced any of the new-policy initiatives in place to reduce the violence.

In the European studies, there were 1,971 assaults. Of these, 1,123 were physical assaults and 848 were other types of assaults. There were 704 male and 1,825 female-staff victims. There were no statistically significant correlations among any variables. The small ns precluded analyses from other continents as well as any meta-analyses.

The implications of these findings are varied and complex. First, the data clearly demonstrate that patient assaults on staff continue unabated. In fact, there appears to be an increase in the total numbers of assaults. Whereas this might be due to research technology that permits multisite-data collection, it is also possible that violence is actually increasing. In addition, no study reported on the new initiatives to reduce violence, so there is no knowing if such initiatives were in place nor any way to judge their effectiveness if they were in place. These findings will need to be assessed during the next five-year period.

The data also show that nursing personnel, especially female personnel, continue to be at higher risk for assault than the other disciplines. It is true that more females are drawn to nursing and that nurses have more hands-on contact with patients. However, the number of assaults toward women is higher than in previous reviews. This may be due to the new multisite-research approaches, an artifact of the types of sites assessed, the staffing patterns in these sites, or an actual increase in violence that needs to be assessed in more detail going forward.

Understandably, staff requested additional resources in managing the aggressive patient. However, the relative lack of requests for post-incident counseling is regrettable. The recent review paper [3] noted that 9-to-10 percent of staff victims suffer from posttraumatic stress disorder (PTSD) in an important finding. Victims may not understand the importance of addressing the psychological aftermath of patient assaults or may not know that such counseling exists [4]

In examining the data by continents, the North American research noted the sharp increase in overall assault frequency and the increase in assaults on female staff stated above. The European studies recorded fewer assaults than in North America, although female staff were at increased risk as they were in the previous decade [1]. The lower incidence of assaults in Europe may be due to the fact that the sampled sites are less-high risk, that assault data is based on recall rather than incident report forms, or there may actually be less violence.

The methodological limitations in the previous decade [1] included the lack of agreement on the basic demographics to be included, the lack of one common research protocol, and the lack of assessment of psychological-trauma symptoms. Five years on, there is still no common agreement in the scientific community on which basic variables to include in a standard format and no standardized incident report form. This is unfortunate as it limits generalizability of findings across studies.

Whereas there is common agreement on an operational definition of physical assaults, there is no common agreement on how to define the other types of assaults, and there is no adequate measure of assault severity. Lastly, it would be helpful for researchers in this area to assess each victim for the symptoms of psychological trauma and PTSD. Such symptoms are painful for the victim and lower the provision of overall care at the institution. Gradual improvements in these research efforts will result in increased safety and sustained morale.

3. Jacobowitz, W. “PTSD in Psychiatric Nurses and Other Mental Health Providers: A Review of the Literature.” Issues in Mental Health Nursing, 2013. 34:787-795.

Raymond B. Flannery Jr., Ph.D., https://www.clpsychiatry.org/about-aclp/awards/faclp/”>FACLP, is formerly Associate Professor of Psychology (Part Time), Harvard Medical School, as well as Adjunct Assistant Professor of Psychiatry, University of Massachusetts, and an internationally recognized scholar and lecturer on the topics of violence, victimization, and stress management. Dr. Flannery is available for lectures and workshops, for all types and sizes of groups, and may be reached at the American Mental Health Foundation: elomke[at]americanmentalhealthfoundation.org.