Readers of our blog know I draw inspiration from the

A fascinating case was tried in 1993 in the state of Connecticut involving an est session, an est trainer named David Norris (among others on the scene), and the death of an est participant. How much stress is too much? How much of our own lives, including one’s own death (excepting by suicide), could be […]

The Tragedy of Bipolar Disorder

In founding AMHF Books, the book-publishing arm of The American Mental Health Foundation, I along with our board sought two things. (1) To disseminate our knowledge in a way that also would preserve the lifework of the late Stefan de Schill. This would include books written in the spirit of Dr. de Schill’s work but […]

More on the Epidemic of Bullying from the Times

New York Times continues on the subject of Bullying through the Life Cycle.

American Mental Health Foundation published its first book, featuring state-of-the-art research, on The Violent Person. Today’s New York Times reviews a book of especial interest on violence as visited upon women, specifically one woman who is an expert herself in the field, and the shameful stigma of silence associated with it. The book is called […]

More on the Epidemic of Bullying

Bullying in the New York Times.

News of the Brain

The Dana Foundation and their News of the Brain.

Anatomy of a Mental Health Epidemic

Does brain chemistry equate with emotional welfare or mental illness? We recommend respectful consideration of Robert Whitaker, Anatomy of an Epidemic, recently published by Crown Publishers. As a reporter who is not on the front lines of severe mental illness and emotional trauma, Whitaker, of course, could not have all the answers.

Have you heard of “Freudy-cats”? One of our AMHF board members, the distinguished publisher Jack Fowler, filled me in. These are people afraid of going into therapy. Why? And do you know any Freudy-cats?

I highly recommend Louis Menand in the March 1, 2010, issue of The New Yorker. In part, Menand writes: “Progress in medical science is made by lurching around. The best that can be hoped is that we are lurching in an overall good direction….The goal of biological psychiatry is to identify the organic conditions underlying […]

Dr. William Van Ornum of AMHF Board of Directors Meets with NYS Governor

DR VAN ORNUM MEETS WITH NYS GOVERNOR PATERSON For the past two months, AMHF Board Member and Director of Publications, Dr. William Van Ornum, has worked to provide feedback to New York State Governor David Paterson regarding the devastating effect of budget cuts on people with disabilities and the programs that provide services to them. […]

“The Violent Person is a masterpiece. It is must reading for anyone in risk management or hospital administration. Dr. Flannery is without question the leading authority on the violent patient. His insights and recommendations on the management of this increasing challenge in health care are not only welcomed, but essential as the face of American […]

Today’s lingering economic recession affects citizens in a number of ways as anxiety is heaped on anxiety, especially at this pressure-packed time of year. One might call this phenomenon “The Depression of Depression.” New York Times

Rave Review of The Violent Person by Dr. Raymond B. Flannery Jr.

The Midwest Book Service gives a 5-Star review to The Violent Person the first book issued by the American Mental Health Foundation. See this review on amazon by clicking below. amazon

The presentation of the Stefan de Schill Award was noted by Reverend Timothy Dolan, the Archbishop of NY.

The presentation of the Stefan de Schill Award was covered in the NY Daily News.

AMHF’s presentation of the Stefan de Schill Award to Astor Services appeared in the Hudson/Catskills newspaper, the Register-Star.

AMHF in the Poughkeepsie Journal

The Foundation’s presentation of the Stefan de Schill Award received coverage in the Poughkeepsie Journal.

On October 21, 2009, AMHF awarded Astor Services the first Stefan de Schill Award. This is a $5,000 grant plus the framed citation pictured on our homepage. The ceremony was hosted by Dr Sapna Parikh, medical reporter at Fox News. Overall, some 35 people, representing AMHF and Astor Services, were in attendance. Jazz saxophonist Tony […]

Bulimia. Anorexia. Binge Eating. Such are almost always associated with young women. But the New York Times reports such conditions are identified by therapists in a significant percentage of the male population. 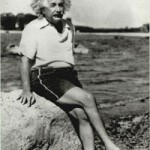 The Future of the Brain

The 21st century may become known as “The Century of the Brain.” The American Mental Health Foundation holds out hope that our century will do for “the psyche” what the 20th century did for physics. How counterintuitive and strange the world described by Einstein in the early part of the previous century seems, even to […]

The Heart of Darkness

Journalist Daphne Merkin, who has written on Kabbalah and other subjects, recently contributed a brilliant article to The New York Times Magazine. The article can be accessed below. It is an article for anyone who, in the words of the long-time director of the American Mental Health Foundation, Dr. Stefan de Schill, “feels exiled from […]