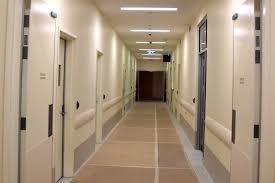 Patient assaults are common worldwide but do not receive sufficient attention.

He was quiet but definitely paranoid. The staff could agree on this. He refused to eat any of the hospital meals to avoid being poisoned. He was quite clear about this and would only eat commercially sealed prepackaged foodstuffs, such as corn chips. Nonetheless, he was quiet and usually cooperative.

Still, the staff noticed that he had been more withdrawn during the past week. He refused to go to his day-treatment program on grounds and did not request his usual off-ward privileges to go out into the fresh air in the open-secured area. Nonetheless, he remained quiet and cooperative.

It was a warm, sunny Wednesday morning at 7 A.M., and the charge nurse was distributing medications to the patients outside the door of the medication room. When she went to hand the medications to this usually quiet-and-cooperative patient, he erupted in anger, punched her hard in her left eye, and knocked her into the medicine cart onto the floor. Male mental-health attendants moved quickly to subdue and restrain him.

Three days later, he reported that he had been hearing voices for a week that told him that he would be killed, if he didn’t strike first.

For health-care providers, patient assaults such as this are not uncommon. Hourly, daily, weekly, monthly, yearly, they are occurring somewhere in the world. They are an international occupational hazard that is rarely reported in the press, unless someone is killed. Even in these circumstances, it is left to the mental-health authorities to review, and the incident quickly fades from the news.

A recent blog in this series reviews the published literature for the next five-year period, from 2013-2017 [1]. Sharp increases in overall levels of violence were recorded but the basic assailant characteristics remained the same. Similarly, research on staff victims from the 1960-2012 period documented that staff victims were usually younger, male or female, less experienced, and less-formally trained staff.

A second, likewise-recent, blog in this series reviews the published literature on staff victims for the next five-year period from 2013-17 [2]. Victim characteristics were generally stable, consistent, and similar, as they were in the earlier years.

The focus here is to review the literature on the precipitants to these assaults for the 2013-2017 time period.

Each assault incident obviously has one or more precipitants, such as the auditory hallucinations reported by the patient in the above example. However, as essential in understanding patient violence as the precipitants are, they have received much-less research attention than the patient-assailant characteristics.

From 1990-2017 there have been 263 papers on assailant characteristics, but from 1960-2017 there have been only 77 papers that have examined the nature of precipitants. As with the research on the characteristics of patient assailants and staff victims, the common precipitants through 2012 were similar and stable, and included acute psychosis, substance abuse, denial of services, and staff restrictions on patient behaviors.

Three studies were from Australia, three from the United States, and one each from Europe and the Middle East. The most-frequent precipitants were psychosis/mental-health issues, substance abuse, denial of services, long wait times, verbal abuse, and past episodes of violence. Poor security and attention-seeking youth were also mentioned.

The findings in this review indicate that patient assaults remain a worldwide occupational health hazard for health-care employees and that psychosis, substance abuse, and staff restrictions on behaviors (e.g., no-smoking or weekend pass) continue to be the most common precipitants.

However, it is also true that the 11 studies during this time period broke new ground. These papers reported on assaultive patients with medical conditions that were not primarily psychiatric, assessed new types of precipitants (e.g., long wait times, attention-seeking behaviors), and provided data of assaults on administrative support staff.

For readers with interests in research, the present review includes several qualitative-research designs that may prove helpful in detecting subtle differences in motivation. For example, if a patient is denied on-grounds privileges and subsequently becomes aggressive, is that anger due to being restricted, being embarrassed in front of peers, or both? Qualitative studies that interview in detail may assist in detecting distinctions.

However, this needs to be balanced with more-traditional research designs with sound experimental rigor that include clear operational definitions of precipitants, which include the patient’s perceptions, and that have sound measuring instruments with reliability and validity.

Longitudinal studies would be important in this regard and enhance the generalizability of findings across studies.

These precipitant studies also suggest possible treatment interventions to reduce this level of aggression. Medications, behavioral/forensic/patient-at-risk consults and patient groups for anger management and substance abuse could be considered. Similarly, increasing staff to reduce wait times and posting security in high-risk areas could be fielded. Post-incident counseling for staff victims, such as The Assaulted Staff Action Program (ASAP) [4, 5], should be made available.

Precipitant research is still in its early stages of inquiry. However, with increasing clarity about antecedents, new interventions will emerge, and this form of workplace violence can be reduced.

Raymond B. Flannery Jr., Ph.D., FACLP, is formerly Associate Professor of Psychology (Part Time), Harvard Medical School, as well as Adjunct Assistant Professor of Psychiatry, University of Massachusetts, and an internationally recognized scholar and lecturer on the topics of violence, victimization, and stress management. Dr. Flannery is available for lectures and workshops, for all types and sizes of groups, and may be reached at the American Mental Health Foundation: elomke[at]americanmentalhealthfoundation.org.