The October 9, 2011, New York Times once again brings to our attention the recent suicide of former New York Yankees pitcher Hideki Irabu. Once again, we are reminded of the sadness of Irabu’s death as well as the need for greater research and understanding about suicide from groups such as Suicide Prevention International. The […]

Some Headlines on Developmental Disabilities

Kathryn Lopez in National Review Online brings to our attention a young lady with Down syndrome who was elected Homecoming Queen of her high school. In juxtaposition to this is a news report from Ann Curry, from Serbia, showing that abuse of the kind that occurred at Willowbrook continues to occur in Serbia. These three […] 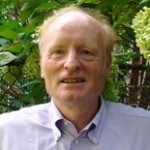 AMHF wishes our Board Member Gene Gollogly a very happy birthday. His yeoman services for AMHF have included his leadership in complex European transactions, helpfulness in providing a base of operations, and immeasurable wisdom from his decades of publishing. Gene, we wish you many, many more! 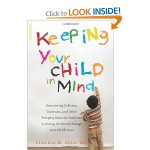 Cautions on Psychiatric Medication in Children

Claudia M. Gold, MD, is a behavioral pediatrician who writes for the Boston Globe. She offers some excellent thoughts on the topic of psychiatric medication and children: “In the last chapter of my new book Keeping Your Child in Mind: Overcoming Defiance, Tantrums, and Other Everyday Behavior Problems by Seeing the World through Your Child’s […] 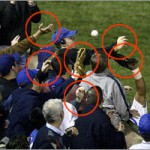 This week brings a big welcome to Dr. Raymond B. Flannery Jr. of Harvard Medical School, whose expertise in many fields including stress and violence prevention is greatly needed. It is also the time of year for the football season to be getting underway and for baseball season to reach a sometimes-fevered high of playoffs, […]

Undergraduate students aspiring to medical school to become doctors face a set of hurdles. A student needs to have an excellent undergraduate grade-point average as well as do well in demanding courses such as physics and organic chemistry. In addition to all of these, there is the daunting challenge of the Medical College Admissions Test […]

This year there has been an ongoing discussion in The American Psychological Association about a lack of internship opportunities for doctoral students in APA programs who in their fourth year are applying for the clinical programs. In March, Dr. Melba J.T. Vasquez, APA President, noted that the profession faces a complex problem in creating more […]

Researchers, including one from Northern Illinois University, in DeKalb, Illinois, where a gunman killed five students in a classroom and then shot himself, recently published research showing a genetic link to symptoms of posttraumatic stress disorder (PTSD), as noted in The Chicago Tribune. This was published in the peer-reviewed medical journal Archives of General Psychiatry. […]

One theme of Dr. Stefan de Schill’s lifework was his passion for group therapy. His own personality lent itself to work simultaneously with the fascinating dynamics that occur in a group, and he was able to communicate understanding and direction almost intuitively. In many ways Dr. de Schill was also prescient in his concerns over […]

How 9/11 Changed a Profession

This week there is a great deal of introspection occurring about the events of 9/11/01. Some retellings and analyses are meant to be helpful and cathartic while others may be presented to us with underlying agendas. The counseling profession itself examines A Day That Changed a Nation and a Profession in an article by Lynn […]

Some good new books from American Counseling Association: Cyberbullying: What Counselors Need to Know, by Sheri Bauman. This book is geared toward counselors, teachers, school leaders, and all professionals who work with children and teens. In a reader-friendly style, the author addresses real-life dangers on the Internet, including offensive, confrontational, and harassing messages; disclosure of […]

Pat Summitt, championship-winning coach of the University of Tennessee Women’s Basketball Team, was recently diagnosed with early onset dementia (Alzheimer’s disease), as reported by Sports Illustrated on August 23. She is 59-years-old and will continue to coach: “Summitt said that she didn’t consider retirement. She told the News Sentinel that she was encouraged after speaking […]

The New York Times continues its coverage of the abuse of the developmentally disabled in New York State: “Moving to end the…lax oversight of the developmentally disabled, the Cuomo administration on Wednesday announced an agreement with the State Police to establish guidelines for reporting possible crimes against the disabled to law enforcement authorities.” The entire […]

Trains and Tracks and Autism

Many higher-level persons with autism are fascinated by trains. Trains are predictable: They run on a schedule, are limited to staying on a track that only goes certain places, and have very structured seating plans that no doubt came to be after much consultation between engineers, designers, and draftspersons. To some extent, buses share these […]

The Bayley Scales of Infant and Toddler Development III (BSD III) are an important tool for measuring the cognitive, motor, and sensory development of the very young. But why is there a need to test infants and small children? We may even recoil from this process, thinking that early testing and assessment may imprint a […]

A stock market that swings erratically every few years is looking to be the new normal: Many even doubt that a ten-year horizon is a safe one for long-term investors or those planning retirement. Economic worries are real. They can be all-consuming. Yet, often unacknowledged is the role of one’s emotional experience in diluting or […]

Sallie Mae has recently added tuition-refund insurance to its spectrum of financial offerings, according to the July 22 edition of the New York Times. This can refund tuition that has already been paid when a student withdraws from classes due to illness. There is a catch, however: although the coverage will pay for 100 percent […]

Once focus of American Mental Health Foundation this past year has been to increase awareness and research of suicide. We have done this through our support of Suicide Prevention International. Recently ex-major-league pitcher Hideki Irabu was found dead in his home in California. He had apparently committed suicide by hanging himself. What made this even […]

Two new books of interest from The American Counseling Association (ACA): Integrating Spirituality and Religion Into Counseling: A Guide to Competent Practice, Second Edition, edited by Craig S. Cashwell and J. Scott Young. The ACA noted: “An introductory text for counselors-in-training and clinicians, this book describes the knowledge base and skills necessary to effectively engage […]

The evolution of the Diagnostic and Statistical Manual (DSM I, II, III, IV, IV-TR) and upcoming DSM V is an interesting one. The first manual was a short volume with a small number of diagnoses. The diagnosis itself was often not as important as the detailed clinical description written about the patient, often written from […]

Counseling Today (a journal of the American Counseling Association in their July 2011 issue reports on a survey released by the National Alliance on Mental Illness (NAMI) and the needs of families who have children experiencing mental illness. The Adolescent Action Center of NAMI did a survey of over 500 respondents. Each of these was […]

Peter Kramer, M.D., writing in the July 9 issue of the New York Times Magazine, responded to a number of recent articles in the media that criticize the efficacy of antidepressant medications. One of the reviews mentioned was an essay in the New York Review of Books, wherein Marsha Angell, former editor of the New […]

With Betty Ford’s passing, we are again reminded that there is a great deal of work to be done in the field of alcohol and substance abuse. Margarita Alegria, Ph.D., is Director of the Center for Multicultural Mental Health Research and full professor at Harvard University’s Medical School in psychiatry. In her work she examines […]

In the news: Betty Ford, former First Lady of the United States of America, has died. The much-beloved wife of President Gerald Ford died at the age of 93, as reported in the July 11, 2011, edition of The New York Daily News. Mrs. Ford was born in Chicago, reared in modest circumstances, became a […]

Previously we have written about Marsha Linehan, clinical psychologist who developed dialectical behavioral therapy, and who has worked throughout her career with persons who display severe suicidal behaviors or symptoms of what is called borderline personality disorder. On June 23, 2011, the New York Times presented an intriguing story, Expert on Mental Illness Reveals Her […]

Time magazine on June 20, 2011, reports that a certain Misery Index has reached a 28-year high. This survey tool, when it was concocted in the 1960s, wasn’t meant to be a scientific and comprehensive measure of human behavior. Rather, it is a shorthand measure combining unemployment and inflation to gauge the effect of both […]

Over on The Corner at National Review, Jack Fowler (AMHF Board Chairman), shows protesters in Madison, Wisconsin, disrupting a Special Olympics visit to the state capital. Special Olympians rarely if ever disrupt or protest the peaceful activities of others, as they are so absorbed in their sport and the joy and fellowship accompanying this. They […]

Since part of the mission of AMHF is to keep continual focus on the mental-health needs of the developmentally disabled, a recent article deserves our attention. On June 5, 2011, the New York Times reported that Jonathan Carey, a thirteen-year-old boy who has autism, was asphyxiated and died in the back of a NYS-owned van […]