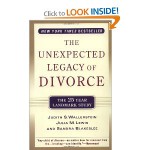 On June 22 it was announced that Judith Wallerstein, 90, had died. Wallerstein is known for a 25-year longitudinal study about the effects of divorce on children. Her study examined the psychological impact of divorce on children, and her scientific findings cautioned against the too-ready “advice” of many mental-health professionals that divorce could be a […] 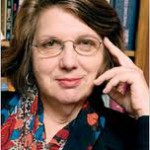 Marsha Linehan, always a leader in the psychological profession for her work with people with borderline personality disorder, became well known to the public when the New York Times featured a front-page article on her. In this, Linehan revealed her own personal struggle with borderline personality disorder as a teen. She was hospitalized around the […] 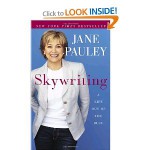 One of my favorite television persons–Jane Pauley–experiences bipolar disorder and has written about it in the book Skywriting: A Life Out of the Blue . Here is her description of one of her episodes: “My husband, Garry, was becoming concerned. When I started talking about my own line of clothing, his concern upgraded to alarm. […] 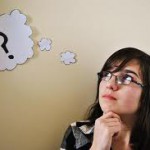 Too many times we view medication and psychological therapies as either/or treatments. Many times people will try to avoid any medication for even a severe mental health problem. Their reasons are always worth noting: perhaps there is a realistic fear of side effects, or a desire to work things out in a trusting relationship. Perhaps […]

While confronting our fears, discerning our angers and resentments, or unloading on friends or a therapist may be helpful, there is another school of mental health thought emphasizing distraction and humor. Carol Tavris says one of the best antidotes to the kind of anger that sticks in one’s craw is to see a funny movie–explained […] 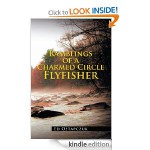 Enhancing the Tradition of Paul Quinnett and Izaak Walton

There are many books on fishing, yet only a few on the relationship between fishing and mental health. Paul Quinnett, friend of AMHF and expert on suicide prevention: Pavolv’s Trout and Darwin’s Bass. Centuries ago, another fisherman, Izaac Walton, penned his Compleat Angler—a celebration of the gratitude and joy that fishing brings to one’s life. […] 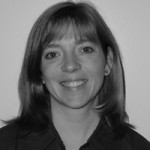 Friends at the International Bipolar Foundation are sponsoring an important lecture on June 14, 2002. If you live near San Diego you might consider attending. For others, the lecture will be archived on the Web site…. Join us Thursday, June 14, for our free monthly mental health lecture with guest speaker Dr. Lisa Eyler. Dr. […]

Decades ago I was a pre-doctoral intern in clinical psychology and was assigned a therapy case of a young man who would probably now be considered to be experiencing an autism spectrum disorder. He was extremely guarded, withdrawn, and tactile defensive (not liking to touch objects in his environment). Three times each week we met […]

“Men In Black III” and Propranolol

In Men In Black III, Tommy Lee Jones and Will Smith, have returned to help police the Earth from what they call invading life forms that represent “the scum of the universe.” No spoiler here–but it’s a must-see film if you want to learn more about the dynamics of the Agent J-Agent K relationship. Once […] 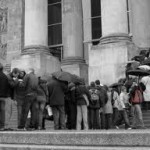 Not Your Grandfather’s VA

In yesterday’s blog I noted the level of professionalism and service that was accorded to veterans in the VA system after World War II. My grandfather, a World War II vet, received one of the earliest heart pacemakers as well as top-notch cardiac care, all at no cost (although one might view the treatment as […] 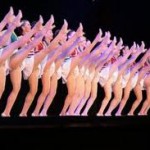 Some occupations appear to put persons employed in them at risk for eating disorders. Flight attendants, dancers, actors—persons in these lines of work must maintain unforgiving standards of weight and general appearance in order to ply their trade. As such, they may employ tactics of severe calories-restriction or eating, and then throwing up. (Binging-and-purging as […] 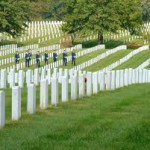 Many years ago, in the little neighborhood where I grew up in Chicago, the Memorial Day parade was a major event. Not only did it mark an unofficial beginning of summer, it was an opportunity to see veterans from many wars, marching together, and being honored by the entire neighborhood. The soldiers who had served […] 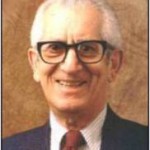 When I worked in the Astor Day Treatment Program many years ago, our program shared a large inner-city school building with a Head Start Program. It was heartwarming to see young children learning the skills and developing the kinds of relationships that would lead to later success in life. Many didn’t get proper nutrition and […] 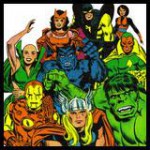 A fan of comic books of old, both DC and MARVEL—I recently saw the movie The Avengers. I was hoping for a respite from all the daily stresses, an immersion in a world of fantasy where good might overcome evil. This was not what occurred. The story line here is how the earth is being […] 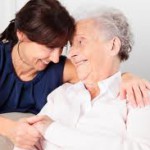 Antipsychotic medications have an interesting history. In the early 20th century, Thorazine was used as an anesthetic during surgery. In the 1940s, a patient with schizophrenia found that after surgery that the delusions and hallucinations had disappeared. Within a few short years this medication was being used for treatment of schizophrenia and two decades later […] 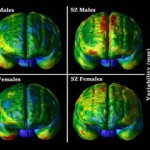 Faculty of the Harvard Medical School note that Patient Outcomes Research Team (PORT) Treatment Recommendations for Schizophrenia have been updated: “The Schizophrenia Patient Outcomes Research Team (PORT) has issued updated treatment recommendations that not only include detailed advice about medication and psychosocial treatments but also address, for the first time, common problems in this population […] 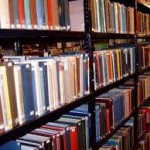 Here are some new books on counseling by members of the American Counseling Association, as described in the February 2012 edition of Counseling Today: Married to the Enemy: A Guide to Overcoming the Obstacles to Intimacy When We are Raised in a Culture that Uses Stereotyping and Sexism to Divide Us By Dawn Kozarian and […] 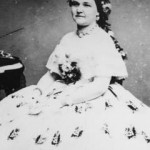 By all accounts Mary Todd Lincoln led a difficult and tragic life despite her early upbringing with material comforts and blessings. She married Abraham Lincoln when she was twenty three and was often alone rearing four sons while Lincoln embarked upon his upward political climb. Of her four sons, one died in 1850, another during […] 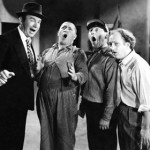 Laugh with the Three Stooges

Slapstick humor can do wonders for mental health. Norman Cousins retreated to a place where he could watch videotaped comedies when he was suffering from a serious illness. Carol Tavris recommends the same approach when confronted with the inescapable frustrations of life. In National Review Online, AMHF Board Chair Jack Fowler offers a neat slideshow […] 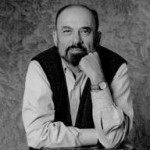 Irvin D. Yalom, one of the most accomplished group therapists of his generation, recently offered the opening keynote at the recent 2012 American Counseling Association Convention, held March 21-25 in San Francisco, California. Yalom is well-known for his many books, including The Theory and Practice of Group Psychotherapy, cited by the Journal of the American […] 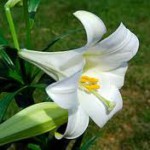 Easter Sunday and the Revolution of Hope

Today on Easter Sunday Erich Fromm‘s The Revolution of Hope offers us a discussion on the paradox and need for hope in human affairs, Resurrection, as well as psycho-spiritual renewal. In this optimistic work, the noted humanist draws upon religious traditions to help everyone in our secular world. 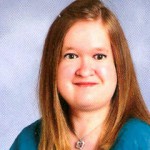 “Student May Have Died From Undiagnosed Seizure Disorder”

An article in the March 23, 2012 Chicago Sun Times reported that 19-year-old Allison C. Zak, a student at Illinois State University, was found dead in her dorm room. Preliminary autopsy reports “showed that Zak may have died from a seizure or stroke caused by a previously undiagnosed seizure condition or a known condition that […]

The Merck Manual provides helpful and detailed information about these conditions. In seizure disorders, the normal electrical activity of the brain is periodically disturbed, resulting in some degree of temporary brain dysfunction. In many persons, there are premonitory cues or auras which alert the person to an impending seizure. Some seizures (grand mal) result in […] 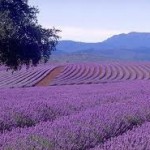 Monday, March 26, 2012, is Purple Day—a time to reflect upon epilepsy and its devastating effects on millions of people and families. Click the link above to learn why purple has been chosen as the color to represent this day. Learn more about epilepsy at the Web site of the Epilepsy Foundation. 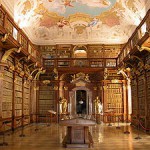 We’ve looked at Elaine Aron’s research on Highly Sensitive People (HSP) and how this is related to introversion. Susan Cain, author and speaker, offers more thoughts on this topic in March 26, 2012 cnn.com Introverts Run the World Quietly. 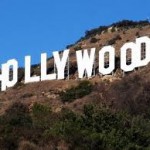 Going out to see a movie on the big screen is a great way to spend an evening. Almost as nice is ordering up a movie on the computer and watching right at home. There’s such a great interest in mental-health themes in movies that AMHF is writing about all this on its blog. Can […] 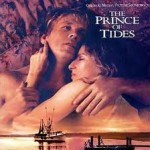 There’s something about the Deep South that inspires the writing of great literature (think William Faulkner, Tennessee Williams, Truman Capote) more than, for example, North Dakota. Likewise, we think of “the grand diagnoses” in psychiatry more than we do, say, about Generalized Anxiety Disorder. Prince of Tides is a 1991 movie capturing the lowland beauty […] 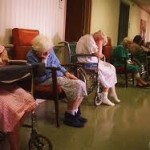 Sometimes when we feel strongly about something we throw all our energies into one passionate viewpoint. The often perceived overuse of anti-psychotic medication in an “off-label” use in nursing homes is one such example. “Off-label” use means that a drug is being used for purposes other than what is was originally intended. Anti-psychotic drugs are […] 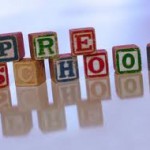 The Individuals with Disabilities Act (IDEA) lists conditions present in a child that can qualify him or her for special services in the educational system in preschool. These are: *Chromosomal Abnormalities (e.g., Down syndrome) *Syndromes (e.g., fetal alcohol syndrome) *Neuromuscular Disorder (e.g., cerebral palsy, spina bifida) *Central nervous system (CNS) abnormality (e.g., caused by bacterial/viral […] 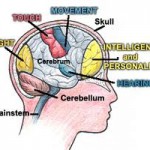 There are occasions when a child will need to be tested—not by a school or clinical psychologist, but by a neuropsychologist. This occurs when a child displays a brain-based disorder, which can mean an entire spectrum of disorders. Learning disabilities, developmental disabilities, head injuries, cancer, and even gunshot wounds are among the kind of problems […]