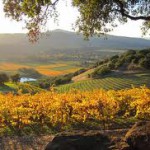 Monday is Martin Luther King Jr. Day. When I was in college (several years after Dr. King’s assassination), I took a bicycle trip down the East Coast. One of the stops was Washington, DC. There, I stood on the steps of the Lincoln memorial and had the same view King had when he gave his […] 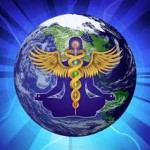 This month governors and the President are reflecting on what is going on in their respective territories. I thought this would be a good time to look at the state of the state of mental health and to offer my own reflections. DSM V Will Be Issued This year will inaugurate the new DSM V. […]

From Counseling Today, some recommendations of new books: *The Danger-to-Self-or-Others Exception to Confidentiality (C. Ahia, University Press of America) This topic has been one that has been in the news this past year with tragedies including the movie theater shooting, train deaths in NYC, as well as the Newtown tragedy. The subject is an important […]

Eugene Kennedy, Love, Newtown: A Blow to the Heart

Peggy Noonan, writing in the Wall Street Journal, suggests that we listen to Eugene Kennedy, who spoke about the Newtown tragedy in a much different manner from other commentators: He does not believe that the many “solutions” bandied about will make children (or ourselves) safer. Rather, it is time for us to reflect on this […]

Letter by American Psychiatric Association to Congress Regarding Newtown

On December 20, 2012, the American Psychiatric Association sent the following letter to Congressional leaders in Washington: To: 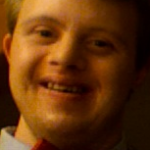 “I didn’t feel right walking away….”

Word from ABILITIES FIRST in Poughkeepsie, NY October 5, 2012, Poughkeepsie, NY—As Dr. Lori Crispi’s term on the board of Abilities First, Inc., a Dutchess County based nonprofit that serves children and adults with disabilities, was coming to an end, she felt that she couldn’t just walk away. “I enjoyed being part of the organization […] 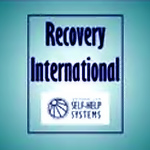 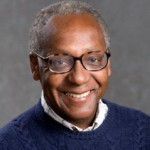 Since the Supplement to the U.S. Surgeon General’s Report Mental Health: Culture, Race, and Ethnicity—A Supplement to Mental Health: A Report of the Surgeon General, several events have occurred. These, say Lonnie R. Snowden, have established a national commitment to understanding African American-White American treatment disparities, their consequences, and opportunities for their reduction. Snowden’s article, […] 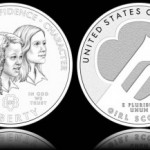 Two important areas in mental health are prevention and resiliency. Prevention includes all efforts to prevent a person from developing a mental-health problem. One of the most effective prevention programs has been Head Start—from the 1960s, these centers have been a path for positive adjustment for many young persons of disadvantaged backgrounds. Another prevention program […]

Successes of all kinds—academic, vocational, monetary, and material—are highly valued and obsessively pursued. But even those who “have it all” may find themselves spiritually adrift and existentially empty. Paul Wright, M.D., a cardiologist, found himself in this position after having made it to the top in a demanding medical specialty. On November 9, 2012, I […] 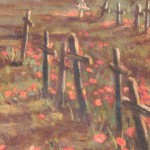 This poem was written by Lt. Col. John McRae and read at the funeral of a friend who was killed in battle in World War I: In Flanders Fields the poppies blow Between the crosses row on row That mark our place; and in the sky The larks, still bravely singing, fly Scarce heard amid […]

“Asian Mental Health” is a timely and important article by Stanley Sue and his colleagues, just published in the October 2012 edition of American Psychologist. This is one of three articles recently written that address mental health disparities occurring in cultural groups. Ten years ago the U.S. Surgeon General wrote a report Mental Health: Culture, […]

Ann Coulter: Use of the “R” Word

Timothy Schriver, writing in the Huffington Post (Oct. 27, 2012), forwards to writer Ann Coulter a letter from a young man with Down syndrome. Recently Ms. Coulter used the “R” word while criticizing the President of the United States: “Dear Ann Coulter, “Come on Ms. Coulter, you aren’t dumb and you aren’t shallow. So why […]

A Father’s Sadness about Schizophrenia and Schools

Paul Gionfriddo, formerly a state legislator in Connecticut, writes about his son, who showed signs of schizophrenia when very young and whose life has been ravaged by the disease. (Article, My Son Is Schizophrenic—the Reforms I Worked for Have Worsened His Life in the October 15, 2012, edition of the 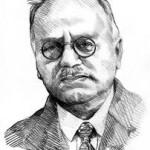 Adlerian Approaches for the 21st Century

One of the goals of AMHF is to keep in everyone’s awareness those therapeutic approaches that are important either for their historical value or for practical techniques still helpful. Of course, we seek to encourage the latest empirical studies and cognitive therapies, such as the study on prevention of psychosis we are funding at Astor […] 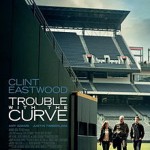 Clint Eastwood in the first-named movie, released over the weekend, is an old-time baseball scout who scours the South in his well-traveled Mustang, attending high-school and minor-league games to find the next baseball phenom—as Mickey Mantle was improbably discovered by Tom Greenwade several generations ago. The Eastwood character knows baseball so well that he can […] 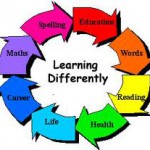 Public Law 94-142, passed by the Congress in 1976, and following legislation including Individual Education Disabilities Act (IDEA), defined different handicapping conditions for which a child could receive additional support (and therefore additional funding) in the public school system. A continuum of extra supports was initiated. This could range from being in a smaller class […]

Dr. Stefan de Schill, for sixty years a key figure of the American Mental Health Foundation, saw group therapy as an important part of his practice. He supported all efforts to strengthen the training of group therapists because he thought that these efforts at the time were “dreadful.” Since then, the use of group therapy […] 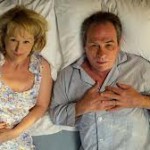 A miserable marriage is certainly a mental health issue. Hollywood has profiled many of these “stuck” relationships—from those who have made lifetime vows to those with other but important commitments. Witness the continuum from Who’s Afraid of Virginia Wolf? to “The Brady Bunch.” Now, we have Tommy Lee Jones and Meryl Streep—at a time when […]

The AMHF grant to Astor Services for Children—to identify and evaluate interventions that help adolescents at risk for suicide and psychosis, and to create scientifically supported guidelines—supports the exact kind of empirical investigation recommended by American Psychological Association President Suzanne Bennett Johnson. In the President’s Column of the July August 2012 APA Monitor (American Psychological […]

A few months ago I wrote about Marsha Linehan and Dialectical Behavior Therapy here on this blog. It is a creative and empirically-supported treatment that combines cognitive and behavior therapy as well as wisdom from philosophical and religious traditions. Last week, at the 120th Annual Meeting of the American Psychological Association in Orlando, Florida, Linehan […]

From International Bipolar Foundation: “We at International Bipolar Foundation mourn the loss of those killed in the tragic shootings Friday. Our thoughts and prayers go out to the victims’ families and all those affected. “We recognize that this senseless shooting will stimulate many conversations about gun laws, public safety, violence and their association to mental […] 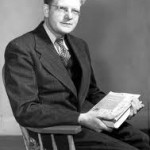 There is much more to be said on this centennial anniversary of Northrop Frye’s birth. After reading Evander’s recent blog, I ordered a copy of Frye’s Anatomy of Criticism. This edition included a new foreword by Harold Bloom. How is Frye’s work related to mental health? Evander’s posting makes us wonder if Frye’s work and […] 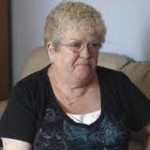 For at least several weeks we have been hearing about and seeing the bullying incident that occurred in upstate New York near Rochester. This occurred on a school bus where at least several students mercilessly taunted a 68-year-wiman who was riding the bus as a bus monitor. The video of this occurring captivated worldwide attention—especially […] 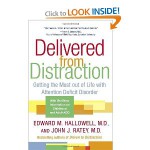 Edward Hallowell and John Ratey have published a follow-up to their successful book Driven to Distraction. On a hopeful note, it is titled Delivered from Distraction. The first book was written in the 1990s. It contains much good advice on ADHD: diagnosis, medications, telling it apart from other conditions as well as finding it in […]

Although the education of children and teens with autism is covered both in Public Law 94-142 and Individuals with Disabilities Education Act (IDEA), even with these supports some parents and advocates worried that the intense needs of those with autism were not being fully addressed. This led to the passage of PL 109-416. This act: […]

Big Brothers Big Sisters is a national organization which matches volunteers to children who could use a supportive adult in their life. Children in foster care, in single parent families, children with an incapacitating illness–are the kinds of youngsters who might be given priority status. The sponsoring agency has been known to do a careful […]