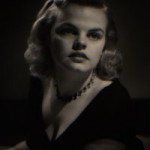 The late Madeleine Sherwood, supporter of mental hygiene and mental-health research, and long-time friend of The American Mental Health Foundation, is featured in this fascinating 20-minute video: “Madeleine’s Method.” Most is devoted to the art of acting. But she also talks about her emotional life apart from stage and screen, especially what has come to be […]

The White House has declared May 2016 National Mental Health Awareness Month. This is a time to reflect: specifically on the 92-year tradition of excellence in research and building a more compassionate society as the aims and goals of AMHF. More generally, this month—which derives its name from Jesus’ mother—is a good time to think […] 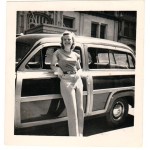 This is one of the snapshots of the late Madeleine Sherwood (d. either April 22, 2016, or April 23, 2016), a talented actress who starred in the original productions of Horton Foote’s The Chase and Arthur Miller’s The Crucible (as Abigail Williams; AMHF has the original-cast notice from a newspaper, including her picture, temporarily misplaced), […] 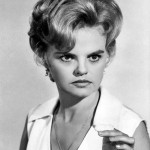 Noted with Sadness the Passing of AMHF Friend Madeleine Sherwood

AMHF sadly notes the death of old-time friend of the foundation, Madeleine Sherwood. Here is an article about her in the New York Times of April 26-27, 2016. 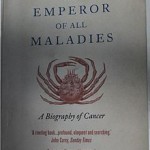 Shakespeare writes, “There is no art to find the mind’s construction in the face.” It has become an adage of the acting profession. But what about the eye? Is it the window to the soul in more ways than metaphoric? A recent article in the New Yorker (March 28, 2016) by Pulitzer Prize–winning Siddhartha Mukherjee […] 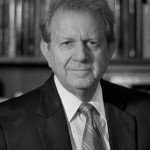 On April 7, 2016, American Mental Health Foundation Books will publish its most comprehensive research project devoted to young people in its 90-plus-year history. Early Identification, Palliative Care, and Prevention of Psychotic Disorders in Children and Youth is the result of a pioneering two-year study developed and funded by AMHF. This monograph is also a […] 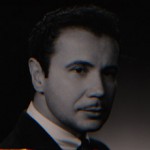 Eleventh Anniversary of the Passing of Dr. Stefan de Schill

Yesterday, February 9, 2016, was the eleventh anniversary of the death of Dr. Stefan de Schill: Ash Wednesday, 2005, and the earliest Western date this holiday could fall. (Today, February 10, is Ash Wednesday.) We honor the work of Dr. de Schill today. This video talks a little about Dr. de Schill’s nearly 60 years […] 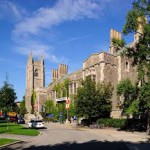 The Winter 2016 issue of the University of Toronto—where I did graduate work forty years ago—alumni magazine features an article on the college response to a rise in mental-health needs among its students. In an evermore diverse society, in a faster-changing culture amid the brave new world of social media, college-aged students in North America […] 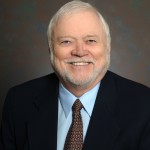 The American Mental Health Foundation is delighted to announce Dr. Paul Quinnett has joined its professional-advisory board. Dr. Quinnett is currently president and CEO of QPR Institute, an educational organization dedicated to preventing suicide. Author of 8 books and an award-winning journalist, he is also Clinical Assistant Professor in the Department of Psychiatry and Behavioral […] 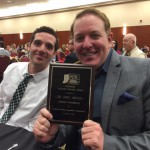 The Fifth Annual Report of The American Mental Health Foundation

This is the fifth Annual Report of The American Mental Health Foundation (AMHF), a research organization formed in 1924, incorporated in New York State December 31, 1954. In 2014, AMHF celebrated ninety years of philanthropic service and activities—“Advancing Mental Health.” Striving toward 100 years is a remarkable achievement of longevity and vision. Vision: Building a […]

Shootings. Stabbings. Rapes. Acts of terror. These can’t happen here. But they do. A wave of violence is sweeping our land, the world. In the U.S., violence is an epidemic. AMHF is doing something about it. In April 2016, the foundation will publish Violence: Why People Do Bad Things, with Strategies to Reduce the Risk […] 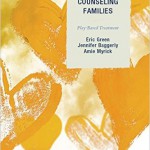 Renowned play therapist Dr. Eric Green has co-authored and co-edited the pictured new book on family counseling. This book is officially published in October 2015 by one of the finest academic houses anywhere, Rowman & Littlefield (publishers, for example, of the former Jason Aronson program). Dr. Green is on the esteemed AMHF professional advisory board. […]

How many roads must a man (or woman) walk down before you call him (or her) a…human…with a heart? Jared Loughner. James Holmes. Adam Lanza. All suffer from serious mental illness. All represented tragic cries for help. All, among the 4 percent diagnosed with schizophrenia and other severe mental illnesses, might have been helped. Maybe their […] 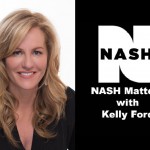 Executive Director Evander Lomke was delighted to be interviewed by Kelly Ford on her public-affairs program NASH Matters, which is devoted to philanthropic endeavors in the New York, New Jersey, and Connecticut area. Click here for the 15-minute broadcast. This interview closes Mental Health Awareness Month. Not greatly stressed in the interview but of interest is […]

“A delusion is a belief held with strong conviction despite superior evidence to the contrary. As a pathology, it is distinct from a belief based on false or incomplete information, confabulation, dogma, illusion, or other effects of perception. Delusions typically occur in the context of neurological or mental illness, although they are not tied to […] 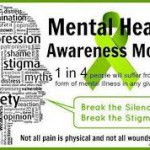 May Is Mental Health Awareness Month—Help Us Help Others!

Do you know one American in four will experience a serious mental-health issue in 2015? Speak out. Break the stigma. Please remember and reflect on this every day, especially during the month of May: Mental Health Awareness Month. Give generously to promote the research of The American Mental Health Foundation. We at AMHF rely exclusively on […] 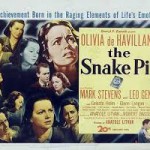 Does psychology undermine morality? The question is broad. The book on the subject is short. Pundit Mona Charen reviews it in National Review (April 20, 2015). She says, Yes. As a reflection of the research and outreach conducted by this foundation, since 1924, my different view follows…. Regarding Mona Charen’s review of Admirable Evasions: How Psychology […] 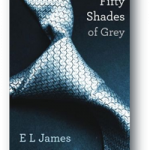 When Your Spouse or Loved One May Be Struggling with Too Much Pornography: Some Facts 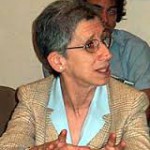 The Board of Directors of AMHF is delighted to welcome Jacqueline A. Lofaro. She joined as a Director on April 21, 2015. Lofaro has been an advertising and communications executive for 25 years. Early assignments included advertising copy for McGraw-Hill as well as Holt Rinehart & Winston. She moved on to developing advertising-campaign concepts and copy […] 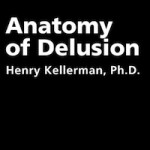 The official publication date was yesterday! March 24. Anatomy of Delusion by Dr. Henry Kellerman is available in traditional-paperback as well as Kindle formats. In his new book, Kellerman both defines and discusses “Delusion” as a phenomenon that is simply not understood by theoretical and/or practicing clinicians. Dr. Kellerman is on the professional-advisory board of […] 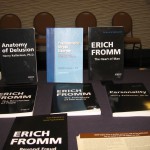 On March 12 to 15, AMHF and AMHF Books exhibited several of its titles at the American Association for Psychoanalysis in Clinical Social Work Conference in Durham. The conference was co-sponsored by the North Carolina Psychoanalytic Society. Turnout was impressive, and conferees were enthusiastic over the first-ever presentation at this event by AMHF. The foundation […] 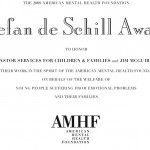 Director of Research of AMHF between 1948 and 2005, Dr. Stefan de Schill died February 9 ten years ago. That date was also Ash Wednesday. De Schill was one of the pioneers of group psychotherapy. He accepted the position of director of research offered by Hermann Broch, then chairman of this foundation while at Princeton, […] 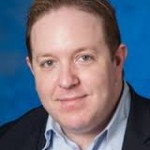 The American Mental Health Foundation is delighted to announce distinguished Jungian play therapist and author Dr. Eric J. Green has joined its professional-advisory board. Dr. Green’s full bio can be read here. We encourage one and all to visit his superb Web site, Soulplay. AMHF is coming off Dr. Green’s well-attended (more than 300 registered) […]

11/6 FREE Webinar Is Selling out Fast Sign up Today!

The November 6 Free Interactive Webinar sponsored by AMHF, with Dr. Eric J. Green presenting on Disaster Mental Health with Children and Families has already had an overwhelming positive response. Wait no longer to sign up! Join Dr. Green and AMHF here. This Webinar is APT, NASW, and NBCC approved, and offers 2 CE Contact […] 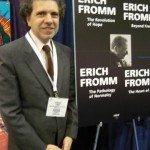 American Mental Health Foundation Books, the publishing division of the foundation, was established five years ago today. Then in its 85th year of service dedicated to the welfare of people with emotional problems, AMHF has since been the proud publisher (as the accompanying photograph from BookExpo America indicates) of four titles by the incomparable Erich […] 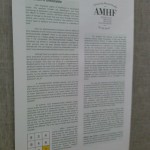 The American Mental Health Foundation presented on October 18, 2014, at the New England Psychological Association conference, Bates College, Lewiston, Maine. This was the third annual poster presentation made by AMHF. Executive Director Evander Lomke and professional-advisory-board member Dr. William Van Ornum talked to interested convention-goers about the project under development with Pearson Assessments: “No […]