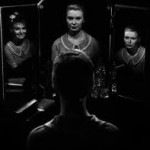 Once known as Multiple Personality Disorder (MPD), Dissociative Identity Disorder (DID) is the subject of film number eighteen of twenty-one in the AMHF series on psychiatry in Hollywood. The Three Faces of Eve covers a most controversial disorder—often outright debunked as the current (as of this writing) DSM-4 had made significant changes to the diagnosis. […]

April is World Autism Awareness Month, with Autism Awareness Day annually on April 2. What is Autism Spectrum? It is not easily defined, even by professionals. Modalities of treatment likewise vary and are in their infancy—even as strides are made. AMHF calls our readers’ attention to this often-misunderstood and easily misidentified diagnosis. Asperger’s syndrome (or […]

Psychiatry Films from AMHF: “The Secret Diary of Sigmund Freud” (1984)

Do you find the concept of a dreaming phrenologist at all funny? I didn’t think so. Once upon a time, psychoanalysis was viewed as nothing but a shabby cousin of phrenology. Freud and his followers changed all this, even though the tired gags of the usually brilliant Woody Allen might leave one to believe otherwise. […]

Do you know what acrophobia is? The 1950s, like the 1940s, was a rich era for Hollywood depictions of “psychological problems” and themes—especially around words, terms, and concepts not generally known to audiences as such are today: in part, though we often do not realize it, thanks to the very movies we are putting “on […] 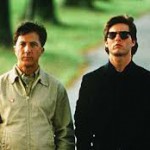 This is the fifteenth movie in the AMHF series of twenty-one. Rain Man won four Academy Awards at the sixty-first Oscars show: Best Picture, Original Screenplay, Director, and Actor—Dustin Hoffman’s second in a remarkable performance. The film revolves around the relationship between a younger, self-centered brother, likewise played to perfection by Tom Cruise, an inheritance, […] 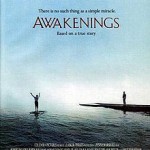 Where does the study of neurology leave off and that of psychiatry and psychology begin? (After all, Sigmund Freud was a neurologist.) Do we understand the intermingling of memory and time? What is “real” and what is “perceived”? What are some of the challenges of the aging consciousness? Here is film number fourteen, “analyzed” in […] 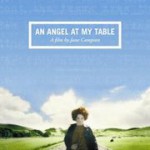 This is the thirteenth of twenty-one films in the series on psychiatry in film. The plot summary is provided by Judd Blaise Rovi. New Zealand poet Janet Frame is the subject of Jane Campion’s biographical drama, which presents a poetically evocative look at the author’s turbulent life. The film begins with Frame’s childhood, showing her […] 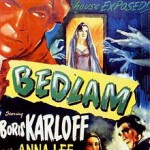 Have you ever felt that you were in hell? As the word pandemonium derives from John Milton’s Satan and his crew in Paradise Lost—in The Screwtape Letters C. S. Lewis refers to the environment/condition as “The Kingdom of Noise” (“the mind is its own place, and can make a heaven of hell and a hell […] 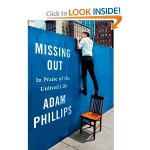 The current February 25, 2013, issue of The New Yorker contains a review of UK psychoanalytic-writer Adam Phillips’s latest book Missing Out: In Praise of the Unlived Life. The always-interesting Joan Acocella gives and takes in her notice regarding Phillips’s “invitation” to consider Freud as a philosopher. “Phillips loves Freud. He cites him again and […]

“Where’s the rest of me?” Ronald Reagan implores, having had legs amputated. Former President Reagan even used this famous line as the title of a 1960s memoir. Goethe essentially asks the same question in his 1773-74 Goetz von Berlichingen; or, the Man with the Iron Hand. Are we our legs? Our arms? Our faces? Even […] 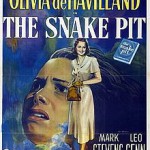 I feel unusually close to The Snake Pit, personally, if not intimately and daily, working with one of the writers, Millen Brand, during my early days in book publishing. This, the tenth film out of twenty-one in the AMHF series, required significant research from the filmmakers in adapting an autobiographical novel by Jane Ward. The […]

Know Your Neurons: Their Discovery and Naming

Amygdala. Corpus Collosum. Dendritic Spines. Voxel. These are words Ferris Jahr, writing in Scientific American, had to add to his Microsoft program in order to avoid all those red squiggles. “Neuron” his program knew, and he thought he knew (May 14, 2012). He did not. Now, Mr. Jahr has begun to appreciate the extraordinary diversity […] 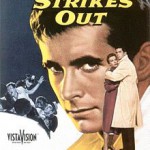 Movie number nine in the American Mental Health Foundation series of twenty-one relating to its mission stars Anthony Perkins (who would famously make a career of playing disturbed individuals: for example in the appropriately named, from the standpoint of this series of essays, Psycho) and the superbly versatile Karl Malden as his unreasonably domineering father (reminiscent of […]

Brains, like all human organs and body parts, wear down with age. As the population ages, as Boomers retire in droves and the sheer numbers of elders increase, the Philadelphia Inquirer reports from September 24, 2012 on a man in his eighties, without dementia, who started making a series of bafflingly bad financial decisions. Told […] 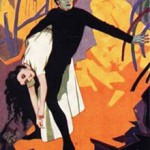 The Cabinet of Dr. Caligari is the eighth of twenty-one films discussed in this blog. It is the earliest movie and the only silent one. It works by flashback and is a vivid visual re-creation of intensely scrambled mental states. The story line, somewhat condensed from Wikipedia, is as follows: The main narrative is introduced […] 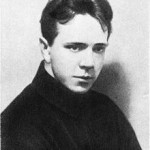 This is the seventh film under under close scrutiny in the AMHF series of films. (We “analyze” other movies in different blogs. But not all are come within this series of, eventually, twenty-one.) Alfred Hitchcock had worked under David O. Selznick five years before, directing Rebecca. The association of two such egos was more a […]

As readers of this blog and followers of the AMHF Web site know, in August 2012 the foundation embarked on a two-year study of at-risk youth, in partnership with Astor Services for Children & Families of Rhinebeck and the Bronx, New York. Herewith a report, from Dr. Suzanne Button of Astor, on hopes for this […] 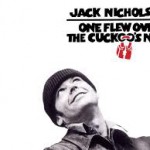 Of the twenty-one films for discussion on this Web site, here is number six, which stars Jack Nicholson and Louise Fletcher in signature roles. Thus is the plot, in slightly condensed form, from Wikipedia: In 1963, Randle Patrick “Mac” McMurphy (Jack Nicholson)—a recidivist anti-authoritarian criminal serving a sentence on an Oregon-prison farm for statutory rape […] 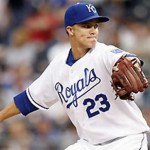 Although the therapeutic dimension of sports on the highest level, which is usually the professional, is well accepted, players are often assessed—or worse, judged—by club executives and fans alike based on issues or “characteristics” of mental health. This can be unfortunate. As the Major League Baseball Cy Young (for pitchers) and Most Valuable Player Awards […]

For Epilepsy Awareness Month, do check out the great Dr. Oliver Sacks, Hallucinations. Sacks discusses the more unusual aspects of this condition (and others) as it affects behavior, and as neurology rubs against the field of psychiatry and even that of theology. You will not be disappointed. Sacks delves into the desperately misunderstood and stigmatized […]

Today, October 31, is the twenty-eighth birthday of William Van Ornum Jr. Last year, the directors thanked this remarkable young man for his especially terrific work at the AMHF Stefan de Schill Award ceremony, a research prize granted to Suicide Prevention Initiatives. In 2011-12, William (who has a perceptive interest in filmmaking and theory when […]

We hope all our readers will take note of this important meeting, of the American Epilepsy Society in San Diego, November 30 to December 4. November is National Epilepsy Awareness Month. There are 65 million people diagnosed with epilepsy throughout the world. Due to the stigma attached to the condition, it largely remains a so-called […] 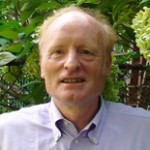 Several days ago, vice president and board member Gene Gollogly celebrated his birthday (October 4). It was a “milestone birthday.” Gene’s work for AMHF occurs largely behind the scenes. The directors are grateful, Gene, for your extensive culture and for your knowledge of the book-publishing and not-for-profit worlds; for your many influential contacts in business, […]

A Great Teacher Remembered at 100

This blog has little directly to do with mental health, and everything to do with pedagogy and its impact on later life. It is composed in memoriam. In 1975 to 1976, while a graduate student at the University of Toronto, I was fortunate to attend lectures, based on sections of Anatomy of Criticism, by Herman […]

Suicide rates are unacceptably high. A U.S. soldier, present or recent past, is said to kill himself or herself every eighty minutes. In countries suffering economic crises, the situation is in some ways even more tragic. Reuters reports that “behind every suicide in crisis-stricken countries such as Greece there are up to 20 more people […]

The board of directors wish a Happy Birthday today—and many more—to Dr. William Van Ornum. As readers of this blog know, Dr. Van Ornum contributes selflessly to the organization. His intelligence, culture, and wit grace these pages and all endeavors of the Foundation. As the head of research and development, as well as the publishing […]

Controversy swirls around the Motion Picture Association of America “R” rating of Bully. AMHF has earlier blogged on the epidemic of bullying. In principle and logically, AMHF underscores that Cinematherapy begins with the prudent liberty to watch. Currently forbidden by the M.P.A.A. rating, young people—victims and those who target their peers—need to absorb this sensitive-sounding […]

BY LAWS OF AMERICAN MENTAL HEALTH FOUNDATION, INC. ARTICLE I Section 1. The name of the Association is American Mental Health Foundation, Inc. ARTICLE II Section 1. The object of this Association is to promote, advance, promulgate, perform or carry out, enter into, cultivate, establish and organize scientific research and studies in the field of […]